“the impliers have an eccentric genius coupled with more personal authenticity than most musicians are capable of to make perfect sense out of each new idea no matter how they shift the gears.”

the impliers bring an art/pop/noir surrealism to contemporary music. Songs veer off into weird journeys, and their productions are thoughtfully layered, demanding multiple listens to take in the full majesty of their carefully composed soundscapes.

Click the button below to get a preview of the sound, range and feel of the impliers debut cocoon in a quick 3 minute video!

Dan and Charles began making music together at age 15 and had an immediate impact on the bursting underground indie scene that also produced Future Islands, Valiant Thorr, and Municipal Waste. By age 17, their songs earned placement on compilations alongside diverse popular acts such as Of Montreal, Fugazi, Jawbreaker, Dillinger Escape Plan, and Converge. Eventually, the duo embarked on their own creative paths into mastering self-production but remained connected through shared interests in art, mental health, and the unknown. Each contributes unique skills and artistry that  seamlessly interlocks with the other and allows their music to go from tight, vivid arrangements to raw, ethereal ambience and back again.

the impliers draw comparisons to icons like Radiohead, NIN, The Beach Boys, Tame Impala, David Bowie, Sonic Youth, and Depeche Mode but are far too individual to be defined by another act. Dan and Charles pull the deepest-possible expression from each other and turn them into musical ruminations that somehow evoke both deep levels of emotive contemplation and the urge to dance. As the impliers, they bring an art/pop/noir surrealism to contemporary music that’s uniquely refreshing. Music blogger Mike O’Cull said,“the impliers contribute an outstanding new voice to the indie rock community, one that’s never afraid to speak its own truth no matter what it sounds like.“

Looking for new music to excite your mind, body and soul? Here it is. (access full bio from menu) 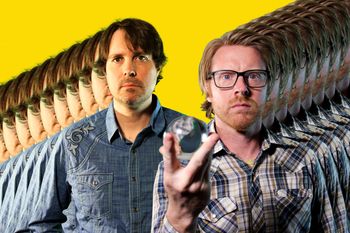 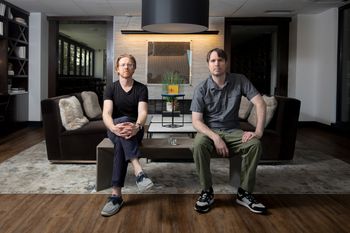 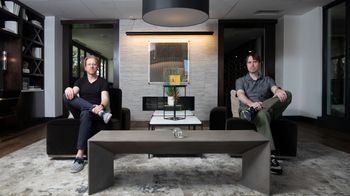 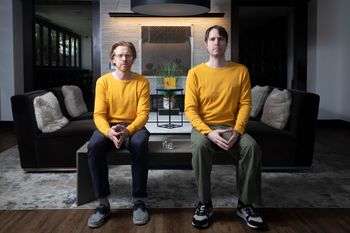 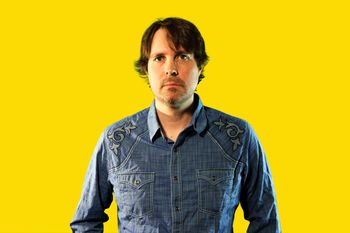 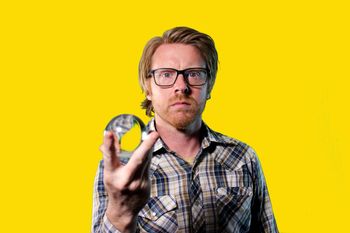 Being the first record in a multiple album concept series, each track on cocoon progressively navigates deeper into a narrative that makes more and more connections with each listen. The album rewards repeated listens as a vast range of themes, melodies, and stories create portals that teleport to various points on the album, creating the sensation that time on cocoon is somehow both linear and nonlinear.

With a hefty dash of mystery and a constant, bright, shining ray of optimism, cocoon stays engaging from beginning to end as the impliers effortlessly blend genres. Each song is unique in its own right, and no two songs sound alike, yet the album retains a sense of unity and fluid momentum as it shifts from track to track. Songs on cocoon can make you both dance and cry, but they always leave behind a feeling of hope.

the impliers prefer to refrain from explaining the subject matter on this album as they feel the message should live between the listener and the music. Dan and Charles said “cocoon musically and lyrically evolved from a deep place for us. It’s a sort of love letter to music and mental illness awareness, and we hope some people can really connect with it.”

cocoon is available now at theimpliers.com/store

Link to review by Mike O'Cull 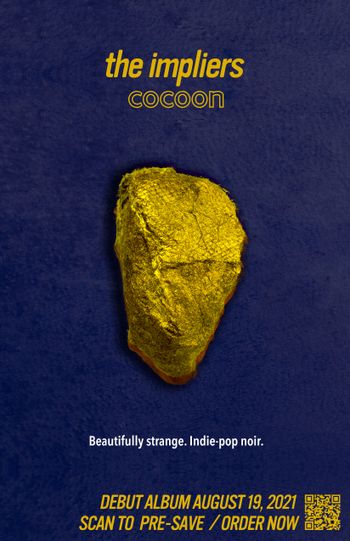 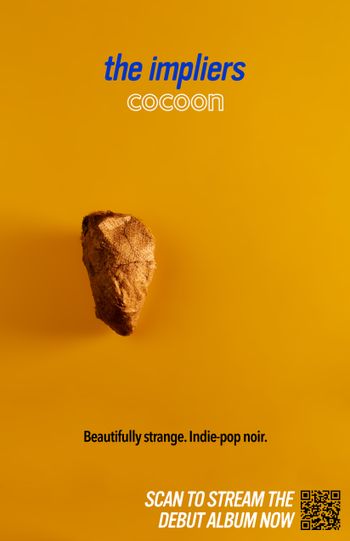